How 3D Sensors are Transforming the Transportation and Logistics Industry

Perhaps most influential in the market’s growth, though, are the global competitive pressures that enterprises are now facing. Organizations are becoming much more willing to experiment and adopt new technologies in their quest to improve worker productivity, speed, and efficiency – including 3D solutions such as Microsoft’s recently announced Azure Kinect 3D sensor. This sensor, together with the services-enabling intelligent processing of data captured in Microsoft’s Azure® cloud platform, is just the latest in an impressive set of 3D solution offerings now ready to serve enterprises. These solutions and applications are also noteworthy:

However, one critical 3D technology application in the enterprise that warrants close attention – and greater investment – will benefit the transportation and logistics (T&L) sector. It will also solve one of the greatest problems created by the "the on-demand economy": a deluge of parcels.

Fueled by the programs like Amazon Prime, which ships unlimited items free for an annual fee, the number of packages handled by parcel carriers have skyrocketed. It is estimated that Amazon sent out about 3.3 billion packages worldwide in 2017, the same estimate for 2018 is 4.4 billion. In fact, shipping is one of Amazon’s biggest expenses, about $21.7 billion in 2017 and expected to grow at a rate of more than 30 percent annually.

The meteoric growth in package traffic, especially during the U.S. holiday season from Thanksgiving to Christmas, is straining transportation and delivery chains to the limit. A record-setting 2.5 billion packages were expected to be shipped in the 2018 holiday season, up from 2.3 billion in 2017. UPS alone handled about 800 million packages, that’s an average of 31 million deliveries each day.  UPS and FedEx, as well as Amazon, are trying to keep up with this deluge by throwing tremendous resources at the problem: they each hired more than 100,000 temporary workers for the last holiday season. They also added a large amount of handling capacity in their hubs. But, as the number of packages increases, these approaches alone cannot address the problem.

Although operational efficiency through data analytics and planning has penetrated most parts of parcel carrier operations, an often-overlooked area is dock operations. In this critical environment, dock managers must juggle conflicting concerns of trailer load speed and trailer space utilization for the 15-25 dock doors they are monitoring. They must also manage a myriad of complex processes at the same time, such as trailer pull requests and hot doors. They usually try to do all this by visual inspection, running around from one dock to the other. As a result, trailer load densities are typically below target levels, meaning that a typical fully-loaded trailer is carrying more air by volume than it should.

Automatic data collection and succinct visualizations that identify problem points as they arise in real time are the key to boost the efficiency of dock loading. Implementing such solutions has been hard in the past since computer vision techniques solely based on camera images struggle to provide adequate accuracy when attempting to estimate trailer fullness and other key load metrics. These cameras aren’t refined enough to factor in, or adjust to, the often-challenging lighting conditions and cluttered environment inside trailers.

That is why edge processing devices such as Zebra’s Load Monitoring Unit (LMU) combine cameras with 3D sensors to collect depth information within the trailer. The 3D sensors are less affected by bad lighting and can generate richer “scene” data.” In turn, they provide the accurate – and complete – data sets needed to estimate key load performance indicators, such as trailer fullness, height of each package wall and ceiling gaps in real-time. Solutions such as the LMU also include a processing unit, a tool that enables the collected camera and 3D sensor data to be processed on the device itself. This enables edge analytics, which is crucial both to support real-time detection and to avoid sending large amounts of data to a backend server.

However, the LMU is only one part of the advanced trailer monitoring systems that are now empowering T&L organizations to better manage the deluge of packages they are handling on a daily basis. In scenarios where the Zebra SmartPack™ Trailer monitoring system is utilized, for example, captured trailer images and processed data is sent by the LMU to a backend server where an analytics engine calculates metrics such as load density, trailer fullness and load status in real time. Data from the customer’s package sortation system can then be integrated to capture additional metrics such as package volume or weight. The server then processes the load status information with business logic to create visualizations presented to dock managers on a user-friendly dashboard via ruggedized tablets, kiosks or monitors with customizable alarms. For example, loads with current load density lower than 60 percent may be flagged so that dock managers can address and fix the problem before the end of the load. Systems such as SmartPack also enable the generation of predictive alerts, i.e. "if the loader goes on loading in this manner, this trailer's load density will be low." In fact, an independent analysis of data revealed that, on average, trailers realized a 2-4 percent improvement in load volume efficiency using SmartPack technology. Depending on the size of the business, these improvements could yield significant cost savings across loading operations.

Gripping and maneuvering capabilities of warehouse robots are maturing fast and many predict that, in the future, loading activities at the dock door will be completely automated. Until that time, package loaders, dock managers and line-haul operators need all the help they can get to run their operations in an optimal way to handle the fast-increasing package traffic. The decade-long research and field experience of Zebra’s technical team in understanding and solving this “parcel problem” suggests that using 3D sensors, alongside cameras, provides the necessary accuracy to support solutions that will boost dock loading efficiency. Real-time monitoring systems such as SmartPack Trailer have been shown to increase both loading speed and load density.

But that is not the whole story: once real-time load data from a solution such as the SmartPack Trailer system is available, customers quickly discover that the possible operational efficiency gains enabled by access to this data go far beyond load speed and load density. Package damage can be reduced and loss prevention can be better implemented. Package loader safety can also be boosted through detection of workers’ poses in lifting packages.

It is often said, “You are what you measure.” Players in the T&L industry are quickly finding out that to meet emerging challenges – such as increasing package traffic, emerging competitors and environmental concerns – they need more detailed real-time data from the loading dock and intuitive visualization of this data. 3D technology, incorporated into full monitoring solutions like SmartPack Trailer, will help them out.

To learn more about 3D sensors and SmartPack, get answers to your questions, and find out if this solution is the right fit for your business, contact an AbeTech Solution Expert today! 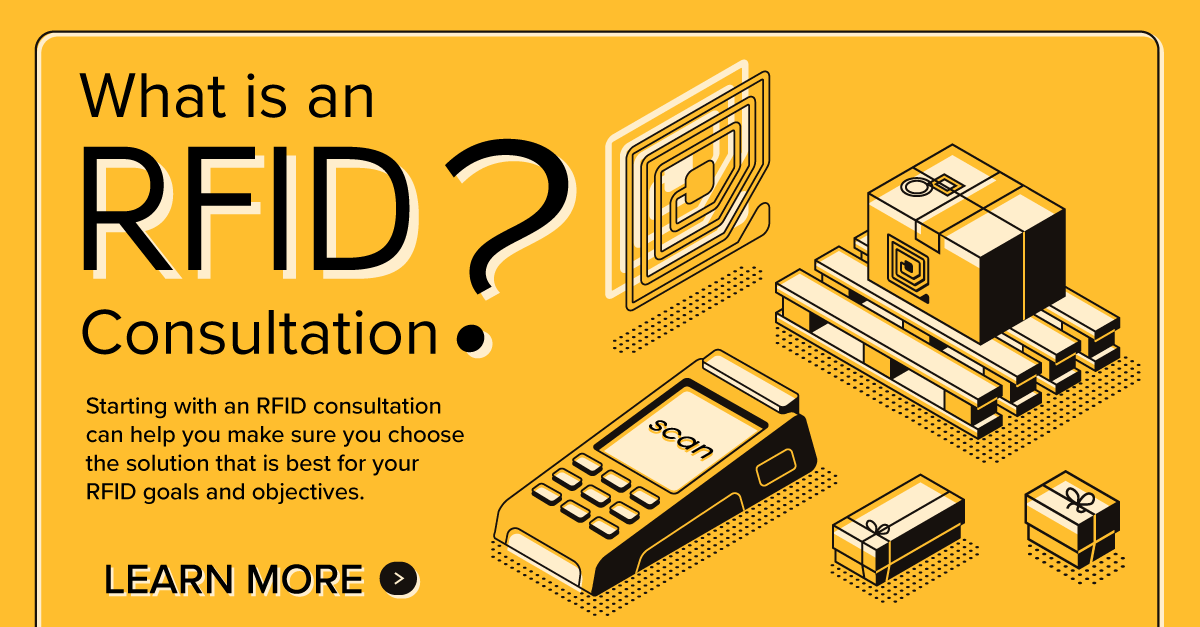 What is an RFID Consultation? If you’re thinking about implementing an RFID solution at your company, it’s …
Read Post