How Do You Envision Your Warehouse Looking Like In 2025?

Though no one can truly know what the future holds, we can imagine. Below is a journal entry detailing what our Advanced Mobile Group team might encounter when we go on a tour of a customer’s warehouse in 2025, based on current maturity modeling and trends:

“Today we took a tour of a customer’s main distribution center. A major distributor of fresh, frozen and processed foods, this customer has national clients based in every part of the country. It was our first time to see its distribution operations since the COVID-19 pandemic of 2020, an event which led the distributor to rethink the way everything and everyone worked in the facility. The results were impressive, as the distributor has grown rapidly in the last few years with sharply increased productivity and an unparalleled safety record despite the fact that the crisis disrupted the entire supply chain for the better part of a year.

This food distributor implemented a strategy which it referred to as “The Touchless Warehouse.” It focused on six key areas designed to address the immediate need for a safer work environment and continuously improve productivity:

- Revamped warehouse safety practices that include cleaning protocols and more.

- Targeted RFID applications that focus on increasing passive scanning to reduce hands-on touches and the use of paper.

- Remote device management tools that eliminate travel and the need to physically access devices in order to update and manage them.

- Voice-directed work that would eliminate some devices, a lot of paper, and all the touches that go with both.

- Personal mobile workstations that eliminate some shared devices and allow workers to maintain safe distances from each other.

The tour showed us how the details of how this strategy was implemented and the results achieved:

The tour was led by the new Safety Officer, whose position was created in 2020 to both implement the new safety protocols and create visible ownership of them to manage. The customer wanted to maintain the safest possible work environment in regards to hygiene and cleanliness. These protocols include checklists for workers to prepare for their shifts, protocols for the handling and cleaning of equipment, personal protective equipment (PPE) requirements and sourcing, and the creation of a cross-company committee to monitor safety compliance and make recommendations for changes and improvements.

After it broke down all the different processes in and around its warehouses, the distributor was looking for opportunities to deploy RFID solutions that could migrate some processes to a passive scanning solution in order to reduce physical product touches. While it had researched RFID for many years and had heard many pitches on the technology’s merits before, the pandemic provided a real opportunity to trial it in some targeted areas specific to safety and productivity goals.

RFID was first implemented in the long-term frozen storage department to improve real-time data capture accuracy and facilitate faster product turnover and ensure the distributor could meet critical supply chain demand. Cases going into the freezer had tags applied to them, and gateways both at the freezer entrance and inside recorded everything coming in from Receiving and heading out to Replenishment. By updating the inventory counters in its warehouse management system (WMS) in real time, the distributor eliminated the need to use handheld mobile computers in the freezers.

In the process of re-examining its picking processes, the distributor also found that it could both speed up the process (which was urgent during the high-velocity days of the pandemic) and reduce errors by deploying voice technology. As a bonus, it was also able to eliminate all the paperwork previously associated with picking.

As part of the original recommendation to use this technology, the Safety Committee included a request that the headsets and other wearable devices were assigned to individual employees to minimize shared usage. Those devices that must be shared were to be subject to a strict disinfection process between uses.

Another innovation deployed by the customer, which had a number of unexpected applications, was the mobile-powered cart from Newcastle Systems. By putting its label-printing station on a cart equipped with a powerful Lithium battery, the distributor almost doubled the speed of receiving. Its team could print labels and documents on demand while processing each incoming pallet – before it was put away. Workers no longer had to walk back and forth to the previously stationary printer across the shop floor. This, of course, provided important safety benefits by significantly reducing interaction with other workers; they no longer had to congregate in a single print area or come into close contact with others while in transit. The Safety Committee decided to invest in additional printers so that each bay on the receiving dock would have its own personal workstation. Dock-to-stock improved, as did accuracy. Detention fees became almost non-existent during peak receiving hours.

Because Zebra had previously worked with the distributor to outfit one mobile workstation with a telescoping pole that featured an array of RFID antennae, it was able to capture an accurate and complete view of freezer inventory in just minutes.

Before all of the above measures were implemented in 2020, the customer had committed to deploying mobile device management (MDM) software from SOTI. In fact, our Advanced Mobile Group team actually installed SOTI’s MobiControl in a single site visit. As a result, the distributor’s IT team now has the means to update the software and hardware configurations across all of its deployed mobile devices from anywhere in the world. IT can also create and deploy refined hierarchies of permissions for users to access specific modules of the distributor’s WMS and other systems. This has nearly eliminated travel by the IT team for device support and provides the ability to deploy scheduled updates and changes overnight without touching any of the devices directly.

As part of the effort to reduce touches, the distributor took a second look at its shipping process and decided it was time to combine the packing list and shipping labels by using the Zebra Z-Slip. The change eliminated the extra paper and envelope for the packing list as well as the laser printers previously used to produce those paper assets.  Finally, with fewer touches, packing productivity improved as well.

In hindsight, the distributor’s management team members learned that the strain and pressure that came from the 2020 pandemic was the catalyst that motivated them to make many of the changes they had previously considered but were hesitant to implement. The business was already performing well, they thought, so why change something that wasn’t broken? The nearly overnight demand and labor/safety changes spurred by the COVID-19 crisis showed leaders the full potential of their operations. It forced them to take a more aggressive approach to warehouse modernization. Fortunately, the steps they took enabled them to minimize the pandemic’s impacts on their operational stability and ultimately meet their long-term goals. Now, in 2025, they are reaping the benefits and taking heed of the lessons learned during 2020 to better prepare for the future.”

THE FUTURE HAS COME EARLY – ARE YOU READY?

Of course, the COVID-19 pandemic has affected every warehouse and distribution center in a slightly different way. So, we’re curious, what have you learned? What strengths or pain points have come to light during these challenging times? How do you think your operations will look in 2025? And what is it going to take to manifest that vision? 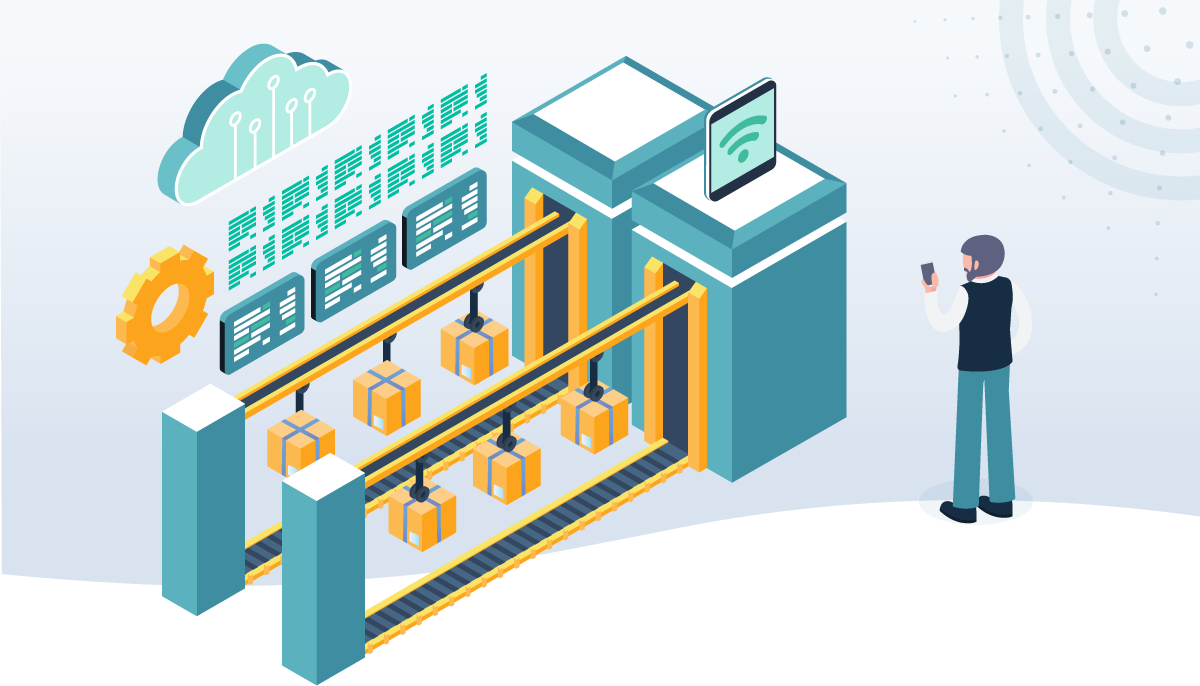 Audit Your Printing Processes to Jumpstart your Label Solution Design The industrial labeling process can be multi-faceted and resource-demanding. …
Read Post

Quickly & Efficiently Get RFID Tags on Goods to Meet Retailers’ Mandates   If you’re affected by the new Walmart Supplier RFID requirement, or a …