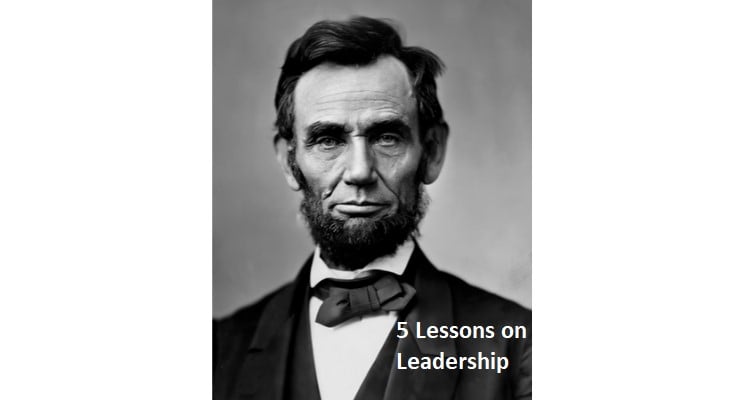 I have learned many uplifting things about leadership by studying the life of Abraham Lincoln. As we celebrate Labor Day 2020, I am reflecting on the wonderful impression Lincoln has made on our great nation, our company (AbeTech), and me. There is nothing I can write about Abraham Lincoln that has not already been written, but as a tribute to “Honest Abe” on this rainy Labor Day in Minnesota, I have summarized 5 “Lincoln Lessons” that have shaped my views on leadership.

1)    Empathy & Compassion foster an understanding of what matters most to others.

2)    Communication Through Stories is an art form that bonds the listener to the message.

4)    True success is achieved when Winning Does Not Create Losers in pursuit of victory.

5)    The leadership journey is a long road & delicate balance of Determination & Distress.

Historic Backdrop of Reverence for Lincoln

On the brink of splitting into two nations, with slavery being the horrendous topic of debate, Lincoln prompted America to confront and fiercely defend its differing opinions on our founding fathers’ intent for “one nation” and “all men are created equal.” From Lincoln’s perspective, the war was not about creating winners and losers, it was about preserving our nation’s unity and human rights. At the Civil War’s peak of bloodshed and emotional turmoil, Lincoln blessed our nation at Gettysburg with a moment of purpose for a new beginning – a new beginning that he dreamt about but did not live long enough to witness...

“…that this nation, under God, shall have a new birth of freedom—and that government of the people, by the people, for the people, shall not perish from the earth.” Abraham Lincoln

Sadly, unity and equality were once again put to the test only 17 years after Lincoln’s death, at the height of the Industrial Revolution. Working class Americans – people of all ages and ethnicities – endured an abusive work environment that triggered protests and riots across the nation. Despite this, our nation rallied against human inequities and set in motion new employment standards that propelled America into the 20th century. Labor Day was established as a clarifying statement that our great nation is made possible through the contributions and labors of its people.

Lincoln’s presence is with us this Labor Day as we enjoy our unalienable rights for “Life, Liberty and the pursuit of Happiness.” Lincoln’s presence is also with us as we navigate the challenges of today - racial conflict, political division, and pandemic unrest. Let us all learn from Lincoln’s life and embrace his ongoing presence as we guide our nation into tomorrow.

Empathy and compassion sound like “soft skills,” but they are actually attributes that are only found in the “strongest” of leaders. True leaders look beyond themselves – beyond their personal feelings, ambitions, and biases – and channel their focus on connecting with the hearts, minds, and motivations of others. True leaders demonstrate empathy and compassion to attract self-motivated people that wake up every day to do their best work; make progress on life’s dreams; and be part of something bigger than themselves.

“Old Abe” earned trust and touched hearts when he set foot on battlefields and inside hospitals, where he spent countless hours talking with soldiers. He listened with intensity - what was happening on the battlefield; what did the soldiers need for resources; what strategies did they feel would succeed; did they believe in the purpose of the war; and what did they fear most? Lincoln absorbed the soldier’s feedback into the very fibers of his being and acted upon their requests. With playful banter and engaging storytelling, Lincoln momentarily pulled the soldiers away from the war and connected with them on a human level.

Reflection: As leaders, our time and attention are stretched in many directions: strategy sessions, boardroom updates, operating details, etc. These disciplines are incredibly important and can be all-consuming, but none of it matters if our team feels disconnected, misunderstood, unappreciated, or fearful. Lincoln was a great leader because he spent time with his people - in their environment. He experienced their reality, understood their perspective, and helped them believe in themselves.

Lincoln has taught me that…Empathy & Compassion foster an understanding of what matters most to others.

With the humblest upbringing, Lincoln had very limited access to formal education and books. Throughout his life, Lincoln devoured the topics he studied by reading aloud, writing notes, memorizing passages, and reciting to others. He approached communication as a storytelling art form by incorporating Shakespeare, the Bible, philosophy, poetry, and law into a style that is distinctly Lincoln’s.

“That reminds me of a story…” was a phrase Lincoln often used as he shifted his mood from melancholy to cheerfulness – gifting those around him with stories of witty metaphors, tall tales, and insightful anecdotes. Lincoln mastered his use of stories, speeches, and letters so that he could express his thoughts in ways in which others could relate - gracefully planting his sentiments into the hearts and minds of others.

“I reckon I have the popular reputation of being a storyteller, but it is not the story itself, but its purpose, that interests me. I often avoid a long and useless discussion or a laborious explanation by a short story that illustrates my point of view.” Abraham Lincoln

Reflection: As leaders, communication is central to our role. With every message, whether it be an email, PowerPoint, video, or live presentation, we have a choice to make. Are we communicating with a devoted intent of helping others understand, or are we communicating to simply deliver content? Is our communication style a work of art? With empathy and compassion as the foundation of our leadership, we can leverage our understanding of others to craft a message that puts others at the center of our message and turns communication into a gift – a story that others can relate to.

Lincoln has taught me that…Communication Through Stories is an art form that bonds the listener to the message.

As a lawyer, Lincoln focused as much on anticipating the oppositions’ arguments as he did in preparing arguments for his client. Lincoln consistently entered the courtroom more prepared than the opposing lawyer and his empathic storytelling enabled Lincoln to influence juries with his persuasive arguments. By embracing the viewpoints of the opposition, Lincoln strengthened his own position.

When Lincoln was appointed as President, he assembled his leadership team in the same manner as a legal case – he created a “team of rivals” and surrounded himself with strong opinions and opposing viewpoints. Lincoln united these adversaries by inviting their debate, relying on their expertise, and trusting their decisions. Lincoln reluctantly issued “my final word” decisions only when he felt confident his team had fully debated a topic and had reached a stalemate conclusion.

Reflection: In my early years of leadership, I did not fully grasp the concept of “elevate and delegate.” I assumed that debates should only be conducted in private discussions and that my team wanted me to make the decisions. Following Lincoln’s example, I have reshaped those assumptions into a servant leadership mindset. Today, I approach my role as a guide that helps the team “seek out issues to debate,” “attack issues & praise people,” and “trust & support the decisions of others.” I have learned through Lincoln that my leadership presence has its biggest impact when my position of authority is least noticeable.

Lincoln has taught me to…Guide Debates & Delegate Decisions to build trust & empower others.

4)    Winning Does Not Create Losers

Reflection: For this lesson, I am starting with my reflection. Throughout our lives, we seek to survive, thrive, win, innovate, succeed, outmaneuver, etc. There is nothing wrong with this – it is in our nature; however, left unchecked, our drive to “win” can foster a mindset that someone else has to “lose.” Lincoln’s life was a 56-year showcase on how to live with grace and humility. In the face of defeat, Lincoln pointed blame only at himself, and in the face of victory, he honored the opposition. As a parent, spouse, friend, boss, and teammate, we cannot underestimate the importance of filling our lives with grace and humility amid victory or defeat. We cannot win people over by running them over.

Lincoln’s grace and humility are vivid in his two Inaugural Address speeches, but the most profound example I have read occurred in a private moment, just minutes after the Union’s victory and Lincoln’s famous speech in Gettysburg. Lincoln visited the battleground’s hospital, which was filled with injured soldiers. Tucked away in a dark corner, Lincoln saw a terminally injured man – a Confederate soldier named Jess Cotter. After a few minutes of talking, Lincoln consoled Mr. Cotter with these amazing words, “Jess, I am President Lincoln, and I’m honored to shake your hand. The Union Army is not fighting a war against the people of the south. It’s fighting the rebellious system that would divide our country. If we are victorious, we will welcome your family as citizens of a united and free nation.”

Lincoln has taught me that…True success is achieved when Winning Does Not Create Losers in pursuit of victory.

The stresses in Lincoln’s life were unrelenting with bankruptcy in business, death of loved ones, defeat in early politics, betrayal by allies, marital challenges, a nation at war, and… so much stress. It is heartbreaking to know that Lincoln suffered from depression (melancholia) and that his distress pushed him to the brink of contemplating suicide.

"I am now the most miserable man living. If what I feel were equally distributed to the whole human family, there would not be one cheerful face on the earth. Whether I shall ever be better I can not tell; I awfully forebode I shall not. To remain as I am is impossible; I must die or be better, it appears to me." Abraham Lincoln

Fortunately, as Lincoln slipped away into his own sorrowful thoughts, he sorted through his vision for a better world and tapped into his unbridled determination to create a more perfect union. He found his calling. Although Lincoln ebbed and flowed between determination and distress throughout his adulthood, he generated positive momentum. Lincoln channeled his empathy into a hatred for slavery and finetuned his artful stories into a compelling “one nation” presidential campaign.

For the first 52 years of his life, Lincoln bolstered his resolve and shaped his talents in hopes of one day making a bigger impact on the world. And then, in a remarkable presidency of only 4 years, 1 month and 10 days, Lincoln blessed the world with his unprecedented leadership.

“Always bear in mind that your own resolution to succeed is more important than any one thing.” Abraham Lincoln

Reflection: There is no simple way to say this… leadership is hard. There are days (sometimes weeks on end) where the pressure of uncertainty is nearly unbearable and the passion to achieve is emotionally unsettling. When heading off-track, leadership can pummel a leader into depression, addiction, rage, divorce, burnout, or criminal activity. Leadership is hard indeed, and it’s even more challenging when following the lessons from Lincoln because he didn’t cut corners or make compromises. But leadership is also an incredibly rewarding and joyful journey. As much as a young leader might not want to hear this, it probably takes about 50 years of living to be ready to embody the leadership principles of Lincoln. It takes decades of learning, struggling, and appreciating the complexity of interweaving life into leadership.  I also believe that Lincoln would advise us to live life with health, happiness, and love, and in doing so, we will be most prepared to lead others.

Lincoln has taught me that…The leadership journey is a long road & delicate balance of Determination & Distress.

From Green Screen to Touch Screen with Zebra’s TC8000 Smartphones, tablets, and new software have completely changed the game when it …
Read Post 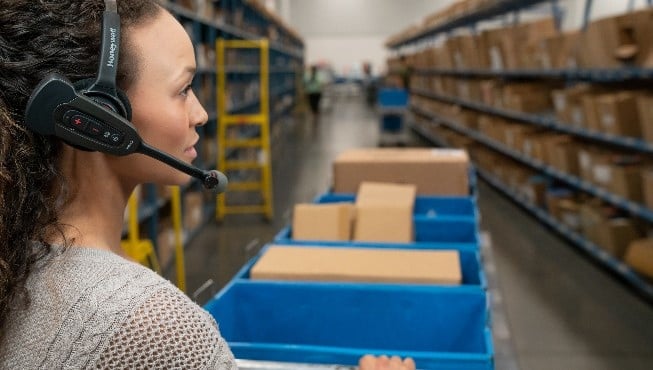